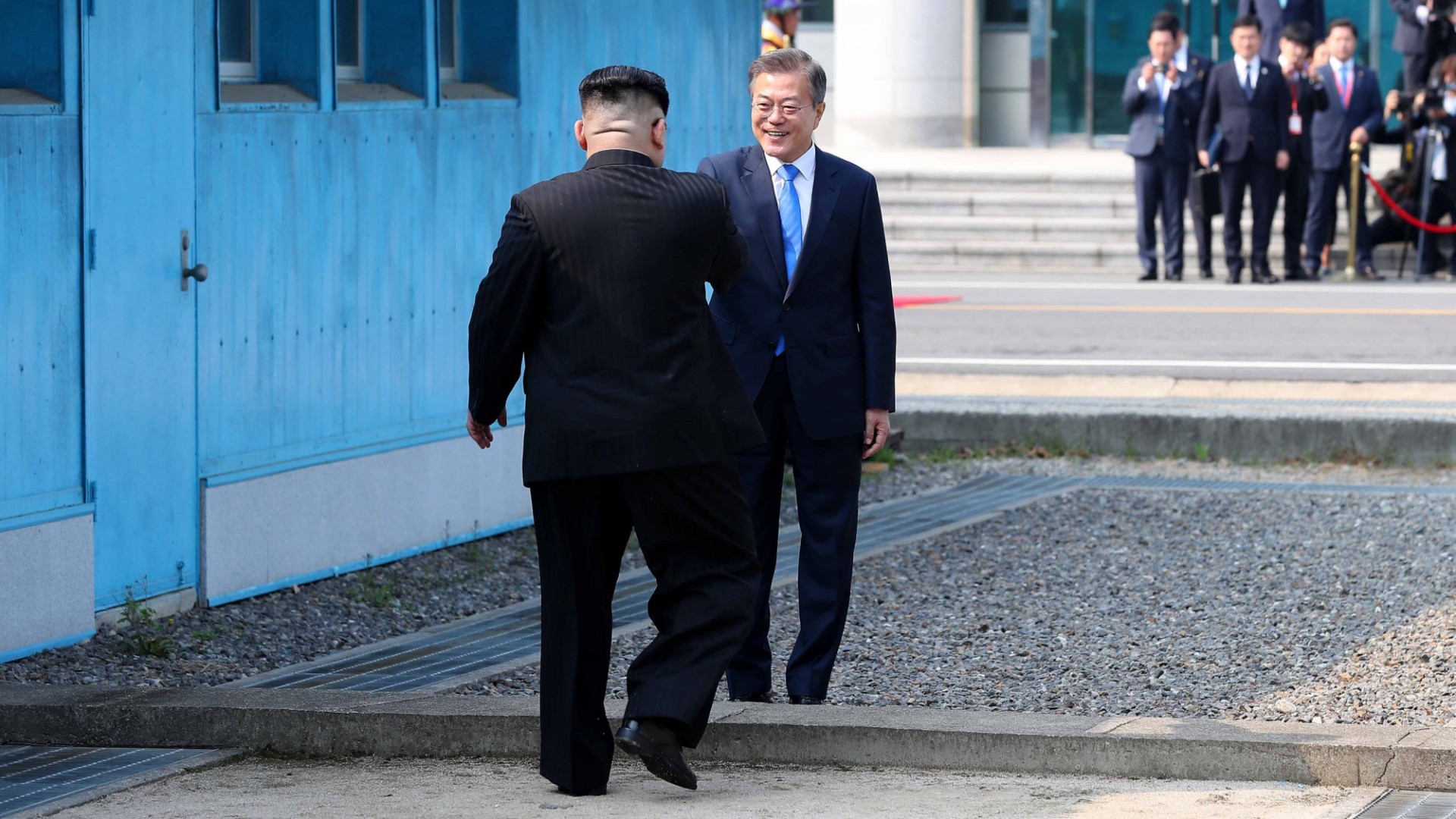 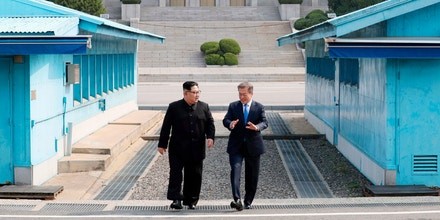 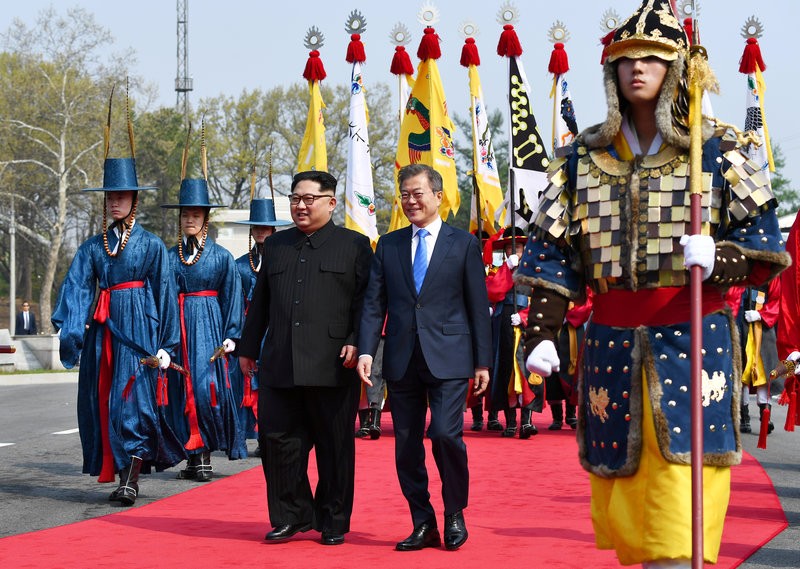 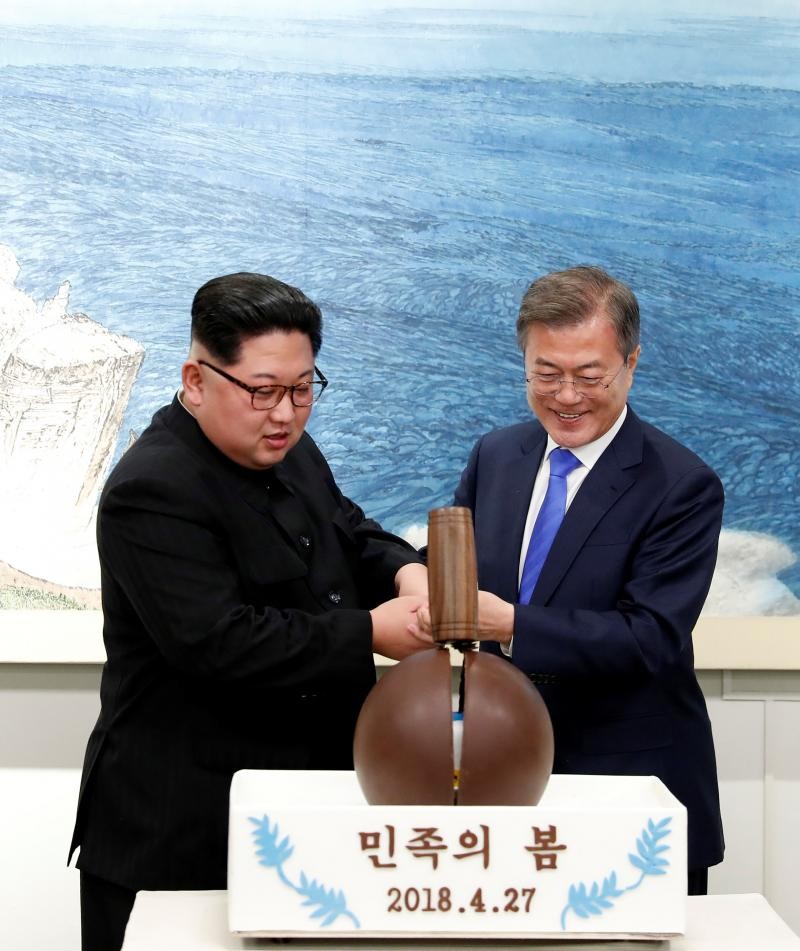 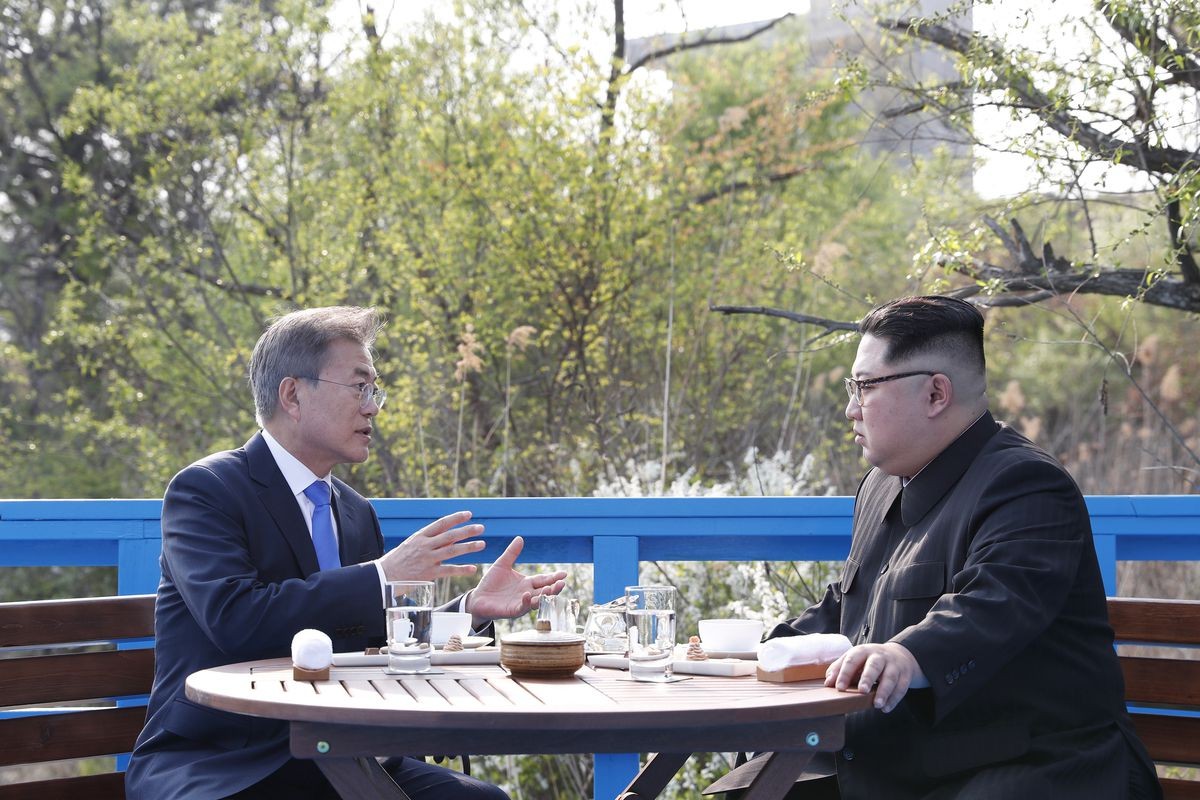 Moon Jae-in, the President of South Korea, and Kim Jong Un, the Supreme Leader of North Korea, held a historic summit meeting at Panmunjom, in the Joint Security Area, on the South Korean side. They adopted the Panmunjom Declaration for Peace, Prosperity and Reunification of the Korean Peninsula. The two countries agreed to cooperate on officially ending the Korean War, beginning a new era of peace and national reconciliation, and improve inter-Korean communications and relations. Each side also pledged to "make active efforts to see the support and cooperation of the international community for the denuclearization of the Korean peninsula." The Panmunjom Declaration was submitted to the United Nations General Assembly on September 6, 2018.

Full text of the Panmunjom Declaration.